Dos and Dont's for Traveling the Dodecanese Islands 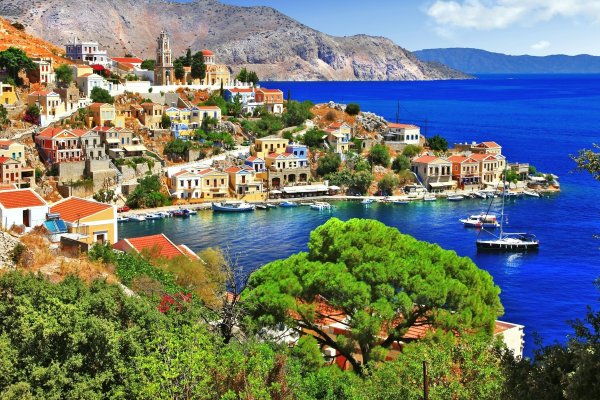 Every year thousands of tourists flock to the various destinations that make up the Dodecanese Islands. Situated in the warmth of the south eastern side of the Aegean Sea, it is no wonder these spots have become so popular. But what should you know before traveling and what should you make sure you don’t miss?

What makes up the Dodecanese Islands

Translating from Greek as the twelve islands due to the number of ‘main’ islands in the area, the Dodecanese Islands are also made up of a handful of extra, smaller and even uninhabited islets. Many of the main twelve will be familiar, but we’ve included a list below, rated in order of their popularity with tourists:

It is no surprise that the beautiful island of Rhodes is consistently one of the most popular, but in the following summaries we will touch on all 12 islands and what each have to offer that make the unique. The following list is made up of a range of Dos and Don’ts so you can make sure you get the most out of your Dodecanese experience.

Do Check for Signs of the Dodecanese Islands Rich History

The Dodecanese Islands have history dating back to the prehistoric times, but the most notable mark was made by the Venetians who conquered the islands in the Middle Ages.  The Venetians built palaces and castles all over the islands to act as military bases. There is at least one Venetian castle on each island, including the Palace of the Grand Master in Rhodes.

Don’t Forget the Factor 50 in Summer

The peak seasons can see highs of around 31°C, with average temperatures of about 27°C in August. Make sure you come prepared for the hot and still weather. Always pack plenty of water for any day time excursions.

Don’t be Afraid to Visit All Year Round

The Dodecanese Islands aren’t just for the summer months. Temperatures are still warmer than the UK all year round and from the end of April through to October can easily have temperatures reach over 20°C.

Do Take the Family

Many of the islands have attractions for all the family, in particular Rhodes. With some of the most beautiful and well looked after beaches in the world, an aqua park and lots of historical sights to see, there’s plenty to do.

Don’t Forget to Try a Gyros

A Greek special that is readily available on the Dodecanese Islands. This is take on a kebab, usually lamb, chicken or pork, but the twist is the fries are usually rolled up inside the wrap – rather than served as a side dish. It’s the ultimate food for on the go.

Other than Kos and Rhodes, many of the smaller islands are just as beautiful but quieter all year round and easier for families, couples or individuals to take a relaxing break. For example, the island of Karpathos is perfect for nature lovers with plenty of hiking routes! If you go outside of peak season, Rhodes and Kos are very manageable and crowds are unlikely.

Do Go for a Party

Kos is a popular party destination but it’s not all it offers and it’s not the only island to have a nightlife. A lot of people also don’t realise that Kos isn’t just about the parties. It has some interesting attractions to see, including castles and an ancient healing centre. On the other hand, smaller fellow Dodecanese island Tilos is quite the opposite, with only one bar that opens in the summer!

If you’re not planning a trip to Rhodes but you’re visiting a nearby member of Dodecanese, you are usually close enough to take a ferry over for a day trip. So whether you’re on one of the smaller, quieter islands and you fancy taking the family out for the day, or whether there are some famous sites you want to see, make sure you take some time out to see what Rhodes has to offer – even if just for the day.

However, it’s just as important to note that island hopping is a popular activity while staying in Greece and it’s never possible to cram all the islands in – so set yourself a realistic itinerary and don’t be disappointed that you can’t see it all – it’ll just mean you have to come back again next year!

The most popular island of Dodecanese is Rhodes, famous for its beautiful Old Town, the wonderful beaches and the lush green nature. Very popular is also Kos, while the rest of Dodecanese are small beautiful islands, great for relaxing holidays.